As a new feature in the Mash Those Buttons Discord we’ve developed a weekly poll that goes out to the community.  We use these polls to get direct feedback from the community at large and to help bring that information together so the hosts can directly speak to the community’s opinions!  The polls get feedback from everyone on topics discussed on Dropping Spicy, in the Discord channel, and whatever else may come to my mind!  Some of these are about APEX’s new content, bugs, people’s playstyles, a chance to see some clips from our community, or just whatever seems fun to discuss.

Thanks and now let jump into the results from the October 9th poll – “Flashpoint and Crossplay”:

Crossplay has made matchmaking in the Discord much easier and lined up some great community interactions that have been eagerly anticipated. However audio issues seem to plague chat, mic levels don’t seem to be pre-balanced so that when you’re chatting on PC, your audio from your console teammates is way too low.

Somehow, everyone on the podcast thinks that controllers are an advantage over M&KB. The community and myself are on the same page.

This seems to be well received, and other than some disagreement about the max cool down now being a couple seconds longer after maximum grapples, this appears to have been a smart move by Respawn. No complaints here!

While this doesn’t appear to wholly sway the community, I feel like this offers a very smart buff to our somewhat less favored legend.  I still believe this makes the 2nd gunfight (ie. third party or more lol) much more survivable since you can loot from cover you choose instead of going where the death boxes are.

Maybe a surprise to none, but the Winter Express still holds a special place in everyone’s hearts, I’m looking for this to return come December.  Flashpoint has come out strong for almost everyone, but I’ve heard some people specifically say that they don’t care for it.  With the anticipated return of a new Shadowfall mode later this month I think we can all start speculating what that will be and where.  I personally would like to see some spooky rework on World’s Edge, but maybe that is a bit much to expect.

Note – The Winter Express was previously featured in the Holo-Day Bash (a Collection Event for Season 3) that ran from December 12, 2019 to January 07, 2020.  Here’s hoping that Mirage brings his ship someplace with him as well later this year.

I agree the Hemlock is overwhelmingly the pick followed by the Prowler, and I too find myself picking up a Flatline before a Wingman or Spitfire.  No surprises here.

The R-301 still reigns supreme with light ammo, as it should.  What surprised me is that the Alternator slightly beat out the RE-45.  I’ve always found the RE-45 to be a mini-R-99 so I was expecting it to make a push upwards in the gun list.  The G7 wasn’t a first round pick, but would remain close for second round pick between the Alternator and RE-45.

First and last are no surprise here either. Volt on top, L-Star on the bottom.  My surprise was with the Devotion being ahead of the Havoc for first round picks, my experience is that I do better with the Havoc over a Devo.

The Mastiff holds it’s number 1 spot despite the fact that I hear alot of grumblings about only hitting for 13 most of the time.  I know I need to get better with the quick ADS to tighten up the spread, but like the community, I’ll take this over an EVA-8 any day.  To my surprise more people still like the EVA-8 over a Mozy (even with Hammer Points!).  I feel like I have to spread the good word of the Mozy with Hammer Points and a 2X, you can wreck someone’s day pretty well with this gun if you are patient with your shots.

For those of you who voted anything but the Triple Take here I am curious why. If it’s purely that the choke costs you damage for rapid successive shots then I guess I can understand.  But for my play style, this gun is tops. I can’t drop another sniper fast enough for this gun.  I’m waiting for the day they bring a buff to the charge rifle to raise it’s use rate again, but I wholly know why it’s at the bottom of the list presently.

Probably our community fits the same age ranges that one would assume, but it’s great to see such a diverse range of people here together! 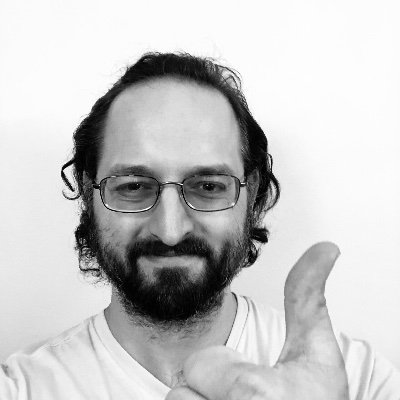 Whether is was board games or video games, these have been a way to have fun both as a kid and now with his own kids. As a Dropping Spicy Staff member there is an opportunity to see what data drives people and how people move the data too.