This week we start with Jaa talking about how he caught up his Corpo playthrough, as well as finally got a sword. He discusses chopping up Tiger Claws at Clouds and punching Fingers in the face. We also finish up the main quest Ghost Town. Panam takes us to her (former) Nomad camp looking for help from a few old friends. While there we take the time to discuss a bit of Aldecaldo history, as well as find a shard that gives us some background on the fall of the Bakker clan. That’s of particular interest to us because Nomad V was a member of the Bakker clan, so it may give us some insight into why the left.

After that we head to Rocky Ridge to set a trap for Nash and his crew. After dark we take them on, but Nash is not there. It is decision time with Panam. Will we go with her to the Raffen hide out and get revenge? Or do we make her stick to the deal and just deliver the goods to 6th Street? 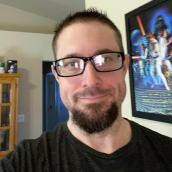 Night City Stories #10: The Space In Between and Disasterpiece