Everyone loves nostalgia. We all harken back to the good old days of video games when waxing poetic with friends about how things used to be, how they were better and how great those days of our youth were compared to today. Retro City Rampage DX tries to take advantage of that nostalgic feeling by shoving as many retro video game references, modern game development tropes, and all sorts of 80’s and 90’s memories into a fun little top-down title reminiscent of the original Grand Theft Auto.

The game succeeds on most fronts. It has a not-quite 8-bit appearance to it. When I originally eyed playing the title on some of the other consoles that it was released on, I was put off by the fact that sprite-based graphics can be hard to see; especially with a zoomed out view that the game used. Retro City Rampage DX changes the camera slightly, zooming in closer to the action and making it much more appealing on first glance.

The zoomed in camera view isn’t the only thing that has changed. The game offers many different tweaks to the formula while staying true to the source for the 3DS version (which, ironically, doesn’t include 3D). Checkpoints are more plentiful, shaking the cops is a bit easier since there is a new power up that drops your wanted level, and weapon tweaking are just a few of the balance changes made to the game. Whether or not these changes are to the benefit of the title depends on how you approach it.

I was originally under the impression that the title was akin to Hotline Miami, a game with punishing difficulty that rewarded you for replaying levels over and over until you figured out how to get through it. During my play-through I very rarely ran into an issue with difficulty. I didn’t die for the first half of the game until the difficulty spiked a bit in some of the later story missions. Many of the side missions were still at the very hard end of the spectrum, which was a nice alternative to breezing through many of the story missions. The forgiving new checkpoint system means that even when you do die you won’t be too far from the point you last left off on. Great for beginners and new players like myself, although veterans who are looking for a “definitive edition” may be disappointed.

None of this means that the game isn’t fun by any means. I found myself making excuses to play the title as often as I could, pulling my 3DS out while I was taking breaks and lunch at work and while waiting for games of League of Legends to queue up. It was easy enough to make some progress in the game after just a few minutes of gameplay, which made every spurt of gameplay feel productive. Much of this is due to the amount of things you can do in the game: master minigames, run through story missions or just go on a killing spree to rack up points and cash to buy new weapons are just a few things that’ll take up much of your time in the game. Much like my experience with open-world crime titles like GTA and Saint’s Row, I found myself just running around the town running over as many people as I could, racking up notoriety with the police and then trying to outrun them.

In the end, I look back at my time in Theftropolis and feel the same sense of nostalgia I do when thinking of games of my youth. Sure, sometimes the game made me want to smash my 3DS into small bits and pieces as I retried once of the levels for the umpteenth time in the later parts of the game, but then I remember all the laughs I had at the various jokes that catered heavily to gamers and the nail-biting finishes to some missions. Retro City Rampage DX may be the most balanced version of the title available today and I would be hard-pressed to find any reasons not to recommend the game, especially to those looking for something with a bit more of a mature theme for their handheld. 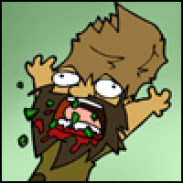 Video game writer toiling away in obscuring but he's totally fine with that. Spews his own opinions and rambling at his website (http://www.simplypcgaming.com). Current League of Legends addict, climbing the ELO ladder.

Lightkeeper Protocol #69: Stand of the Sentinels, First Forge, and Blood for Blood

Exploring the northern territory of the Lowland Clan, completing the Rebel Camp arc, and helping Dekka's grandson redeem himself.

Juri is now a superstar, SF6 hit the mainstream, Strive and Samsho betas are coming, and we look at upcoming events.

This week the Spicy Bois talk about the Celestial Sunrise Collection Event drama, as well as some micro patches.

Warcraft Reloaded #137: How Good is Ulduar? feat Scottejaye and ClassicGho

Bob and Mel catch up with Scottejaye and ClassicGho to discuss Classic Wrath and see how Ulduar has been going.