Kicking of the new years set of Mashcasts on a new day. On this Mashcast we talk about God of War IV, 3DS Sales, improvements to XBLIG, the most pirated games of 2011, and more. 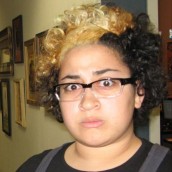 Vita On My Neck, Diamonds In My Grill

FYI, PS Vita’s around the neck will be the new gamer bling. We discuss that, Activision wanting to DLC you to death, Razers “PC” gaming tablet, the official word on PS4 at E3, and more....

State of the Gaming Union

2011 is gone but not forgotten. In this podcast we discuss what events and trends from last year will continue to impact us in 2012....

It’s the end of the year and news is kind of (read as: really) slow. We scratched together a few news items to talk about but for the most part we discuss some notible moments in 2011 and what we are looking forward too in 2012....

Lightkeeper Protocol #63: The Sea of Sands

Aloy heads to the ruins of Las Vegas to find POSEIDON.

Wondrous Tails #106: Endwalking For A Year

It's been a year of Endwalker and so we're doing the obligatory year in review, but with a twist.

Shepard goes to the deepest depths to learn the origins of the Reapers.