Another PAX East has come and gone. In this podcast we will talk about the games we played, what we liked, and what we didn’t. 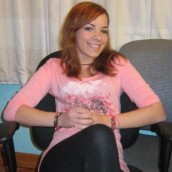 Jessica is clearly a fan of video games, or she wouldn't be writing for this site. She attends college and like most other staff on the site, has a day job that she despises. She spends most of her free time playing games with her boyfriend.

Another PAX East has come and gone. In this podcast we will talk about the games we played, what we liked, and what we didn’t....

The Better Business Bureau weighs in on Mass Effect 3’s advertising and downgrades Capcom’s rating. Also, ME3 gets extended endings, Wii U might be $300, the real cost of used games, and more....

New XBox 720 rumors emerge, the WiiU may be more underpowered than thought, EA is the worst company in America, and a new game will give you a discount based on your gender....