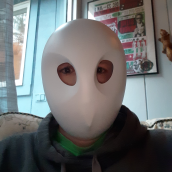 This week we talk about Bad Batch episode 6 Decomission that has battle droids, head injuries, bows, and droid Horror....

In our last Shadowbringers episode, we're focused on the future and Endwalker, which is just days away!

This week the lads try to give their thoughts on Ghostbusters: Afterlife without spoiling anything.

Your weekly stop for recent news in WoW Classic.