Saying Mercy died is a bit dramatic, but while we recorded some pretty serious Mercy changes his the PTR, and Mercy mains aren’t going to be happy. After an impromptu hiatus, Jaa has returned. Unfortunately, that means there is a lot to be said and this episode is pretty massive. As Timeless discusses his final SR for season 6, the team talks about ELO hell, how it actually does exists at lower ranks, and why. We jump into the the most recent Overwatch League team reveals of the NY Excelsior, Seoul Dynasty, and Houston Outlaws. On top of not liking the name, Jaa has thoughts on the effects of having an all Korean roster on an American team. Especially an American team that represents one of the most diverse cities in the world. This leads to further discussion and discovery that Overwatch League teams are truly missing a community connection.

We hop into a post Jeff Kaplan made giving a small preview of what is on the horizon in terms of balance, competitive, and toxicity. One of those topics was about changes coming to Mercy, and what do you know — they happened as we were talking about that exact issue. Mercy mains will not be pleased to find out that res will not leave them exposed, and can no longer be used on the fly to fix team mates mistakes, such as being out of position.

We also dig into the effectiveness of reoccuring holiday events, and talk what we would like to see instead. We also discuss Ana buff on the way, new Winston highlight intro, possible Hanzo buff, and more. 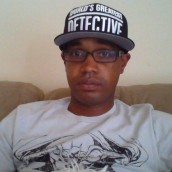 Just an avid gamer trying to do the best he can. I've been gaming since I could hold a controller in my hand. From the days of ATARI to NES to SEGA to SONY to Microsoft, I've played it all. Always looking for the latest in new gaming tech!

Blizzcon has passed, but gave us a new character, map, and a bunch of information on Overwatch League. Is it enough to get excited about?...

Watchpoint Radio #79: No Jaa till Blizzcon

Overwatch activity, what needs to change in the SR system, OWL rivalries, giftable loot boxes, the return of Dafran, and more....

Join us as we discuss the Overwatch Blizzcon schedule, Mercy and Lucio changes, and a spectator mode....