Kinder, Geo, and Refused talk Season 2 patch highlights, detail how the ranked ladder and RP system works, and we learn how 2 Caustic, with Kinder!

With the release of Season 2 came a ton of gameplay and quality of life changes. We breakdown the highlights, to keep you up to speed, and keep you in the loop with Apex! Later, we discuss how the ranked system actually works, and talk about how ranked feels in Apex, as well as changes to the overall meta, and legend picks, and finally, we go over a few of the most valuable tips to get the most out of everyone’s favorite gas-man, Caustic! 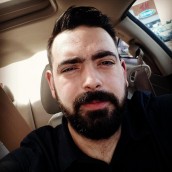 Kinder sits down for an interview with official Respawn Entertainment Community Manager, Jay Frechette, to discuss Apex Legends, and field questions from both Dropping Spicy and the Apex Legends community!...

Kinder and Geo are joined this week by F1avorous, and Rhlursen from the Outplay'd podcast! We prepare for Season 2, talk community, and mutual success for content creators, and what to do, first, when engaging the enemy!...