With the regular season officially over, it’s time to move on to the season playoffs! On Episode 23, Ramses and Lobosco recap the notable events from Kit Kat Rivalry weekend, and discuss the weekend’s impacts on final playoff standings. We cover the upcoming play in tourney, what meta and heroes to possibly expect, and what this means for teams in the bracket. We also take a brief look at the Season 2 Playoff bracket, and speculate on which teams could pull off a deep playoff run.

We also discuss Atlanta Reign’s Dogman and his bold statements surrounding Dallas Fuel and Team USA coach Aero. We talk about Dogman and Co.’s potential place on Team USA, the season’s impact on player selection, and what to expect from Aero going forward. We also discuss the evolution of trash talk and banter in Overwatch League, and its comparison to statements commonly seen in traditional sports.

Lastly, we talk about the Season 3 Schedule reveal, covering the frequency of specific homestand locations and how certain teams stand to benefit. We also cover potential scheduling issues going into Season 3, and how they could affect logistics for the league. 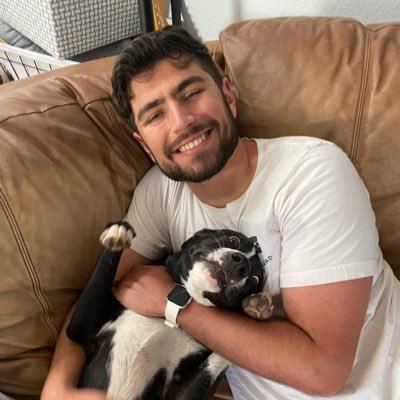 Julian is an Overwatch podcaster and host of Push the Point. He's an avid fan of Disney movies, Star Wars, and losing SR points. You can typically find him watching/playing Overwatch, or watching Jojo's Bizarre Adventure.

LoBosco is an esports broadcaster who has wandered his way over to podcasting. As if casting every chance he can wasn't enough, now he wants to talk about Overwatch League as much as he casts. You can hear him with Ramses on Push the Point.

More from Push The Point

This week, we're covering the play-in tourney's results, award winners, meta shifting and more as we enter the Season 2 playoff bracket. Tune in, catch up, and get excited for this week's games!...

No Mouse, No Problem

With Ramses out of town, LoBosco steers the show on a wild ride with his Jedi Master guest Eren 'Kenobi' Erkey. The duo talk all things Overwatch League and get us geared up for the final week!...

We're joined by the former Seagull Man himself, Thibbledork, to talk about this week's news, new awards, playoff standings, and take a deep dive into OWL team branding and social media content....

Warcraft Reloaded #120: Some Changes: The Good, the Bad and the Ugly!

Bob and Mel discuss the Wrath Classic developer announcements with ScotteJaye and Duranasaur.

Lightkeeper Protocol #54: The Broken Sky and the Memorial Grove

It's our last amusingly numbered episode for a while. We're mostly talking 6.2, and anecdotes. Minimal dalmations.